Can someone please tell me what the hell this quote is supposed to mean?

"You're having an argument with either side of your brain," O'Hare said. "This side is like, 'I'm tired. I want to stop.' And then this side is like, 'Look what you'd be giving up if you gave up right now, all the things you could achieve. Why are you thinking like that?' So in a split second, within about five strides, you've gone from, 'I'm really tired,' to, 'What the hell are you thinking? Get on it! Stop being a girl and go!' "

This topic has been a tough one for me to address. I will be the first to agree that the media and the beauty industry promote unrealistic standards to the public. I also agree that many fat people are unfairly treated in our society. As someone who was persecuted for being "fat" as a kid, the last thing I want to do is say anything negative about anyone who is overweight; however, I have some issues with bloggers who appear to be morbidly obese claiming that as long as they love themselves, nothing is wrong. That's like an alcoholic claiming her lifestyle is just fine, and other people are the real problems for not being able to accept who she is. Just like I won't praise Victoria Beckham for her "sexy photo shoot" when she looks about as healthy as a well-dressed cancer patient struggling to survive in a Sub-Saharan African country during a drought, I'm not about to say that being at a weight that could potentially cause severe health issues is a good thing. No matter how much Betty blogger's self-esteem has skyrocketed, her physical body is at risk. I'm all for everyone having confidence, no matter what their outer appearance may be, but there's more to health than simply liking who you are. How you view yourself is only one small aspect of overall health, and if self-image is skewed in an overly good or bad way, it makes it more difficult to find true well-being.

To be clear, I'm not addressing bloggers like Kate Harding, who writes about fat acceptance from the perspective of someone who aims for health and balance in her own life and advocates finding self-acceptance, whatever that means, for an individual; I'm focusing on those who claim obesity is not a health risk. I won't go into the ramblings of Paul Campos, because the guy continually talks out of both sides of his mouth. For example, he claims that the public admires skinny actresses like Kate Moss (who's actually a model) and Calista Flockhart but in the same breath states that they were both harshly criticized for their thinness. He also seems to pull statistics out of his ass. This article does a nice job of addressing the flaws in Paul's statements about obesity.

A problem came up recently with one of the credible sources I was going to cite, but before anyone makes any assumptions and tosses out solid information, I will explain. While the Centers for Disease Control and Prevention (CDC) overestimated the death toll of obese people, the following was stated by the CDC's chief scientist:

"I want to make it clear that we really regret this error, and we really regret any confusion it has caused about the importance of obesity," said Dixie E. Snider, the CDC's chief scientist. "But obesity is still going to be a major public health problem and a major contributor to death."

Unfortunately, skeptics of the obesity epidemic have jumped all over the error, claiming all statistics relating to obesity are exaggerated, which isn't the case. One critic cited in The Washington Post had this to say about the error:

"Most of the health problems associated with body fat are really caused by lifestyle," Gaesser said.

That's like saying anorexia doesn't kill people, not eating enough and exercising too much do, or heart attacks from malnutrition kill people, not eating disorders. Obviously, in the case of obesity, death can occur from eating the wrong kinds of foods, sure, but being obese also contributes to many health issues. In other words, losing weight would make it less likely that a person would die from causes related to an unhealthy diet and a lack of exercise, but is it really necessary to make that distinction? And, what about living a healthy life rather than just a long life? Technically, I make the cause of death distinction with anorexia only to point out that eating disorders contribute to many health problems that can lead to death. I mentioned before that in the film America the Beautiful, a mother tries to get bulimia listed as her daughter's cause of death on the death certificate, but doctors are reluctant to list any eating disorder as the actual cause. Her daughter died during a purge session when her electrolytes were drastically thrown off kilter. Instead, her daughter's certificate reads "undetermined" as the cause of death, because the complications related to the illness are what ultimately killed her. We all know what really killed her, though.

In bringing all this up, it's important to make the distinction between health-related issues and emotional or psychological issues. The catalyst for my ramblings here was a blog post by someone who slammed a fat-acceptance blogger for posting her thoughts about wanting to be more vain. I'm not going to post links to either blog, because the latter wasn't as noteworthy as some of the other bloggers in the "fatosphere," and the former lists vicious comments and mean-spirited put-downs that I don't support in any way. It's a fine line for me to back the body acceptance movement without condoning either pro-ana or pro-obesity sentiments. Everyone has to determine for himself what health and a healthy lifestyle are. In terms of addiction, it's like Diane Israel always says, "You know you have crossed that line when life loses its flavor." It's great to have confidence, but, for optimal well-being, it has to be in conjunction with self-awareness.


I keep thinking about this song now:


After several weeks of dragging my left foot around on runs and feeling very out of sorts, I finally had my appointment with my foot doctor. I'm always glad to see him, but I was nervous, anticipating at least one shot. I knew the lump on the top of my foot had to be drained again, so I had to face the needle that numbs the area before he could pop the cyst. I didn't think the doctor would discover two cranky nerves that needed a few shots each in order to calm the fuck down. The results won't be known until probably next week, so until then, I'm taking things very easy and resorting to biking again. Man, those shots directly into the nerve are a bitch. I have a pretty high pain tolerance at times, but getting a needle jammed into the foot is super intense. It's the kind of torture that makes you feel like you want to throw up, even though it's short lasting. My foot still feels a little bit off, but I'm giving it some time before I make another appointment with the doctor. 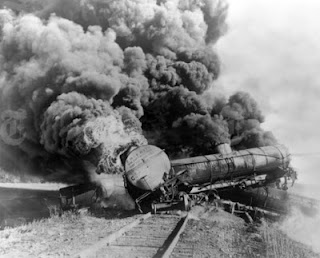 I have no idea where I was going with the above post, but since then, a train wreck occurred. Jeez. I caught some kind of catastrophic sickness that's plaguing nearly everyone. It did more than kick my ass though; it threw me for a loop, hit me upside the head, punched me in the throat and kicked me while I was down. For good measure, it stomped on my confidence and messed up my emotions too. After a week of fever, coughing, whining and feeling like crap, I'm finally staggering among the living. Next week, I hope to do more than eat, sleep and watch Netflix. BTW, how did I ever miss getting hooked on Lost? Damn, that was a great show, and I'm glad I finally saw every episode. I guess being sick is *good* for something.

The sad thing is that I've been feeling off for almost a month, because before the plague hit, I had been struggling with energy and hormonal issues. Just when I thought my period was sputtering to an end, it returned with a vengeance. I'm ready for some smooth sailing here.

I'm working on a slightly controversial blog post, so it might take me some time. The wording in this one is a challenge, because I don't want to offend anyone. Dancing around the issue isn't my style, but I don't have to throw the information out there in a harmful way either.

This is basically a post to say that I'm still alive, even though I have felt half dead recently. It feels good to be writing a blog post instead of an article for an online media source. I'm glad to have some work, but article writing and creative writing are worlds apart. Kill creativity with all kinds of rules and too much structure, and writing becomes dull. I guess this is me letting loose.

February is Eating Disorder Awareness month. Spread the word that from now until Feb 17th, Training on Empty is 20% off on Smashwords.com.

Just use this coupon code:  EY53X