It's quite amazing how far we have come in recognizing and treating eating disorders. I say "we", as if I had anything to do with it. Ha! When I first developed anorexia, I had never heard the term. Several years later, eating disorders were more in the public eye. During the podcast for Women Talk Sports, it was refreshing to hear Lauren Fleshman, who was coming from a completely different place in so many ways, talk about her experiences. I think it's hard for anyone who hasn't gone down that road to completely relate, but Lauren still has a good idea of what it's all about. It's possible that there are still eating disorders that go undiagnosed, but there is definitely more awareness around eating disorders these days. As a result, treatments have changed, and, especially in the running arena, coaches are more apt to call someone out if there seems to be an issue.


Running is a whole different sport than when I was competing too. To be honest, I don't even know what the fuck a garmin is, and the thought of running with an ipod, which I don't own anyway, makes me cringe. I like to think and be in my head when I run. Years ago when I started training with Bobby McGee, he asked if I timed my runs. I held out my wrist, showing him the Winnie the Poo watch with a cluster of bees floating around the little bear in the middle that a friend had given me. I told Bobby that I would guess how many times the bees circled the bear's head to get an idea of my times. In other words, there was quite a bit of estimating being done. He looked confused and told me I needed a new watch. Since then, I have purchased a simple digital watch and a heart rate monitor, and that's about as high tech as I will ever get, though if I could figure out what some of this new stuff does, I could potentially be interested. However, it seems a bit strange for someone like me, who is now running times slower than most weekend joggers around here, to invest in anything too high tech. 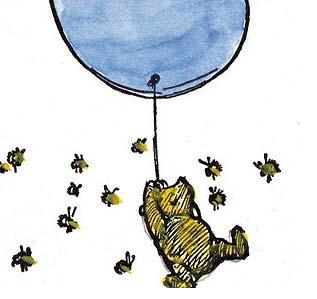 I suppose I was always one of those runners who didn't get all that into times. In fact, I don't really remember my training and even most of my racing times. I remember a few of the big ones:


I think my best 5K was during the first half of a 10K, but I don't know what the time was...17 something. With the mountain course records I held, I don't remember any, only that the Vail Hill climb was very close to an hour, and I was bummed that I wasn't the first to go under that barrier. In general though, I was more about the race itself and the competition. I sort of let my coach keep track of time while I just ran.


Back then, training was simple in idea and yet so physically demanding. We ran hard. There was no motto about go hard or go home, you just went hard, period. My coach in high school did a so-so job of reining me in, but I definitely broke before I got out of there. Still, I heard horror stories of other high school programs around the area that were far worse in terms of pressure and excessive training, so I was relatively lucky. My first year in college, I had a coach who trained us more sensibly too, but moving back to Boulder, over training central, I became a number among many on the post-it on the wall. Oh, another day of running hard? Of course!You're sick? Just see how many intervals you can get though. You'll be fine. Anyone who could survive that kind of training, of course, did well. Unfortunately, burn-out, injuries and running flat from fatigue were more common than getting through it all successfully. These days, there are all kinds of programs for running. It seems so technical. And now there are people who are all about training over 100 MPW, as if that's some magical key to running well. I guess if you're training for a marathon you have to do a fair amount of distance, but I honestly can't imagine running that kind of mileage over any kind of sustained period. Actually, I can't imagine running that much in this body, period. I think I'd have to cross train to approach anything even close to the equivalent of that kind of training. But there are people who do it, and that's their choice. I'm always relieved to hear about people who don't hit those kinds of miles who do well anyway.

It's seems a little pointless for me to discuss my "training" these days. I will say that I have done a few hour long runs. I also did 1 hour 10 min on Monday, but I looked like a runner for only 50 of those minutes. I had to skip rehab this week and have missed out on way too much sleep. I notice that I tend to feel fat and crabby when I'm lacking sleep. It could be that my peanut butter addition has caused my jeans to fit a little more snugly too though. I don't know. I wanted to jump in a race this weekend, but I'm not quite ready. It would be cool to do it as a training run, but I'm not sure I want to make the effort with all that's going on in my life right now. I'm praying to the big Lassie in the sky that this dog in my charge will stop pooping all over the place every 2 hours. Poor thing is sick, and I'm selfishly thinking about how it's putting a cloud over my head and making things ultra difficult. Hopefully with the suggestions from the vet, all will be fine, and I will get some much needed sleep. That should make everything look brighter in my world.


And this is very random, but I'm very into this band lately:
AWOLNATION

Just a note: I'm up for answering any questions if anyone has them. I doubt I can give any advice on saving the planet, but anything related to eating disorders or running is right up my alley.
Posted by Lize Brittin at 4:33 PM