I Don't Do That 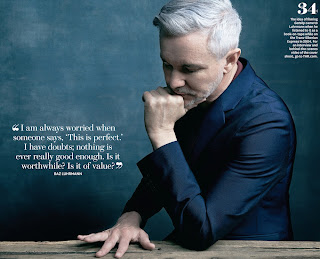 I can't really run. It hurts. I hurt. It's frustrating and confusing. As a result, my emotions are a little on the raw side. Being injured in the summer flat out sucks. Nothing else really matters when you're facing an injury. No matter how far from the elite podium I have fallen, running still means something to me. When I'm struggling with it, I struggle in other areas of my life.

Recently, I wrote a short story, and it's getting mixed reviews. I went from thinking it was decent to thinking it's shit in one day, because of one comment. I'm way too sensitive. I will probably rip it apart several more times before I even think about putting out in the public eye. I'm all too aware of my shortcomings as a writer. Sometimes I wish I had an inflated ego, just so I would get out of my own way more, but it's probably better to be realistic.

The thoughts in my head are spinning around this fucked up idea of love. I no longer pretend to have a clue about this shit. These days, people only love until something better comes along, or they love with the idea that it's temporary. There's no such thing as the kind of eternal love that plagued the characters in Romeo and Juliet. Even if there were, we're all too busy jumping on high horses, complaining and destroying the planet for it to matter much. Today's love is excessive self love --you take as much as you can and fuck anyone else who gets in your way-- GRAB, GRAB, GRAB, and for those of us who can barely like ourselves, our love spills out in all the wrong places. We trust too much, get hurt too easily and wonder how the fuck other people sleep at night.

Relationships? I don't do them. Actually, I should clarify that. I don't do them well. I used to jump in with both feet, like some free-spirited kid jumping into a rain puddle, completely unaware of any potential danger. Then I got hurt a few times, and a few times more. What's that saying about how you should love like you have never been hurt before? Snort. Yeah, right. Sounds good on paper. Anyone who has been screwed over knows it's not that simple. Every time you enter into a new situation with someone, you tend to bring all your scars, fears and distrust from the past. It would be nice if that weren't the case. In the end, many of us repeat the past, no matter how informed we may be. And don't you hate it when your intuition is right?

I want my life to be like a Baz Luhrmann film. I know- so over the top! Well, if you want a straight-laced version of Romeo and Juliet or the Great Gatsby, read some books. If you want visual stimulation, passion and excess, see one of his films.


I'm in a radiohead kind of mood: