The beginning of the end

I think my period is dying.


It could be worse; it could have ended up mimicking the death of Carl Showalter, Lennie Taylor or any number of people in a Tarantino flick. Instead, it's a constipated crawl to its last breath. Like Janet Overton whose husband slowly poisoned her with cyanide and selenium, my period is sputtering and gradually losing its life, oozing tiny drops of blood instead of going out in a glorious gush of gore, Kill Bill style. I was going to avoid the M word, even though it's obvious what's happening. Now that it's out in the open, I will add that I'm probably the only one to ever go through puberty at 35 and hit menopause 10 years later. Some articles suggest that this perimenopause state can last a long time, so this bumpy ride might not be over any time soon. Who knows?

Being cold all the time, I was anxiously waiting for a fucking hot flash, but that's the one symptom lacking. Meanwhile, it's 10 degrees outside and I'm afraid to even crack open the door. On the other hand, this might be better than..uh...riding the cotton pony (wow, euphemisms for getting a period suck) every two weeks, even though I'm lingering in a constant state of something like PMS and getting what looks like the essence of a period every 12 days. OK, maybe better isn't quite the right word. At least it's different? Once the blood flow ceases entirely, I assume the anemia I used to encounter so often will be easier to manage. That's one plus.

I've sort of hit a low with my running, but I managed to struggle through a few good bike sessions last week. I might blow today off, even though I didn't do anything yesterday. Oddly, my legs are wicked tired. I'm also a bit feverish. Hopefully things will be improving in the new year. I'm looking forward to my appointment with my podiatrist at the end of January. There's got to be something he can do to keep me out of this uncomfortable situation. Lately, I get stabbing and burning pains in my foot, and the inflamed muscle is at its worst, pulling my big toe to the left in its angry spasm. Yeah, yeah, I'm glad I can run at all, but I was happier when it didn't hurt as much and wasn't so limiting. The limping isn't good for the rest of my body.

Speaking of the new year, I hope everyone has a happy one. Stay safe and good luck with the running goals in 2013! 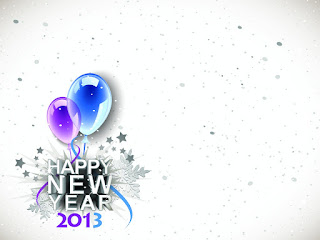 I'm off to do some writing or napping, probably some of each, but first some chocolate ice cream. I need a little comfort food today.
Posted by Lize Brittin at 10:47 AM