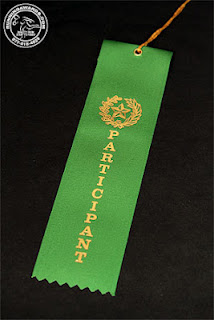 I didn't get my little prize for getting 2nd in my age group at the last race. Someone told me that because they ran out of 2nd place prizes at the event, everyone who didn't get one would receive something in the mail. Mine never arrived. I'm all about prizes now and was thrilled at the thought of getting one. The people at the Aids run were extra generous, and I got some much needed running attire with the gift card I received. It was awesome, so no prize this time left me a little disappointed, even if I know my times are too slow to really deserve prizes. It's funny how a gift certificate or discount coupon will make me jump for joy these days. In the past, I couldn't accept any rewards for my wins. Looking back, I sort of feel like I got gypped. I lost out on money, not a lot but $400.00 here, $50.00 there; prizes; gift certificates and other goodies. I got to keep trophies and ribbons, nothing more. Most of those are in a box somewhere, packed away when my career ended and I hated running and everything related to it. Obviously I'm in a better place now. When I was running well, I looked at it like I was making these kinds of sacrifices in order to show how dedicated I was to the sport. I had a future in running, and I didn't want to jeopardize my eligibility. There were NCAA rules to face and also restrictions around qualifying for the Olympics. Back then, there were no trust funds, so any prizes won in road, mountain or track events had to be forfeited. In Lorraine Moller's book, "On the Wings of Mercury," she mentions that some runners accepted prize money under the table. Most of us younger runners didn't do that, mostly because we were being guided by our coaches. I took a strange pride in denying myself the awards, even though each refusal to accept anything brought with it a twinge of sadness. With the new system in place, I now see that the old rules were ridiculous and unfair.


I go into this more fully in my manuscript, so I'll leave it at that.

This week has been a tough week. An extra low mood hit somewhat out of the blue. I see the foot doctor today, and I'm hoping that will bring good news and with it better spirits. After 10 minutes of running yesterday, I decided to bail. I was fighting it for a long time, feeling pretty tired, very emotional and also experiencing all kinds of little twinges and pains. I bailed shortly after getting out the door. It was perfect weather to stay inside and nap before work, so in a way I don't regret it. Still, I'm frustrated with the foot pain. It's not good. Don't get me wrong, I am so glad I can run. I can even race, sort of, but it's hard to be in this place, knowing how limited I am. I would love to have that feeling of being able to go all out without worrying about this pain, that weakness/imbalance or any stiffness. Man, it's a whole new way of running for me. Let's see how fast I can go on one leg without my hamstring falling off my bone or my pelvis breaking, basically. Of course it's better than nothing, but it's also not quite where I want to be. Yesterday I just wasn't feeling well, so that made everything seems as dark and dreary as the weather. As much as I like fall, there's always a sadness in the air. I prefer the sun and heat of summer. The thought of winter puts a shiver of fear in my soul. I need to move somewhere warm or find a way to live somewhere else for a few months of the year. 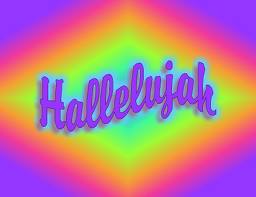 I'm back from the doc with a foot full of cortisone and the good news that the main joint is still holding steady. There are some minor things going on, like a freaked out muscle that doesn't want to relax and some knots of stitching that don't want to dissolve, but, overall, it's good news. The stitches are what cause the shooting little pains, especially at night. If I want, I can have those removed in an outpatient procedure, but I think I'm going to hold off on any more cutting, for now. I can deal with those kinds of nerve pains for a while longer. Ouch though, those shots hurt, and OUCH again a few hours later after the numbness wore off and the swelling increased.
All should be well by tomorrow. I even got the OK to run on it. The best news is that I should be able to keep training, and with the cortisone doing its job, my foot is supposed to cry out in pain much less. Let's just hope that the cortisone has calmed that angry muscle.

My doctor is the best. He's truly great and is always trying to help me get back on my feet, literally and figuratively. Most of his patients are older, and I always see my doc treat everyone with such kindness and compassion. We talked a little bit about prolotherapy and stem cell treatments. One of his patients is getting some stem cell therapy for her back. Apparently, money isn't an issue for her. It will be interesting to get the report once she has tried it. I've met a few people who have tried prolotherapy with success, but it's expensive. The stem cell stuff looks more promising, but it's also WAY more expensive. So, when I'm a millionaire, I'm going to fix my pelvis and anything else that's wonky. Until then, weights, stretching and rolling on the foam roller will have to do. Hopefully I'm through my little dark mood and will start feeling better, both physically and mentally, soon. At least I know the main joint in my foot is OK. That's a big relief. These other pains can be treated or dealt with one way or another.
Posted by Lize Brittin at 8:22 PM