Here we go with round II


"The feminist agenda is not about equal rights for women. It is about a socialist, anti-family political movement that encourages women to leave their husbands, kill their children, practice witchcraft, destroy capitalism and become lesbians." - Pat Robertson. 1992 Iowa fundraising letter opposing a state equal-rights amendment.

I want to start by saying these are not entirely my ideas. I'm just trying to put them down coherently on my computer screen. What follow are the ideas of a small group of progressive thinkers comprised of both men and women trying to raise awareness. I am so moved by the people who are making an effort to change the dangerous and disturbing trends of how females are portrayed in broadcasting and publications. When it comes to how the media portray women, there is a definite model that the vast majority of directors and people in charge follow. Women have been facing the damaging environment the media create for many years. We are constantly told that things are getting better, which might have been true when the feminist movement was becoming more recognized in the 1960's and 1970's, but isn't the case anymore. It seems there was a backlash to the women's movement that occurred in the 1980's, and that adverse response has continued today, especially from the ultra conservative Christian voice. These negative trends are not what the public wants, though we are told this is the case. What's really happening is that images and ideas that impact our thinking and development as a society are being thrown in our faces by an industry dominated almost entirely by men. As much as we want to pretend more women are empowered these days, we can't deny the huge media bias. The results are a continuation of women being defined by men and a resistance to change the patriarchy. There are six corporations that control at least 90 percent of the media in the United States. Thanks in part to the Telecommunications Act of 1966, a small number of corporations were able to expand their power and gain tighter control of information offered to the public. Women are not well represented in these companies. This means what we see in magazines, on TV, in films and in video games comes primarily from a male perspective. There's no doubt that content bias exists with women not being fairly represented. Over the last twenty years, there have been less restrictions on explicit and uncensored content, and facts have become blurred with opinions. The government is reluctant to change policies, because that could create a conflict of interest. Most of the major media companies make large contributions to both political parties, after all. In return, these companies are paid large sums to run political ads. Who wants to rock that boat? The result is that nobody has a sense of obligation for public interest.


The big companies that control the media are not philanthropic enterprises. Their goal is to make money, and they will do whatever it takes to get noticed. The more explicit and uncensored content in the media is presented the more directors, writers and producers try to shock in order to get noticed. One of many problems with having less standards is potentially exposing youngsters to adult material. Kids don't have the same cognitive ability as adults and don't filter and process information in the same way. Unfortunately, the atmosphere that is created with fewer limits and restrictions is one that leads to more violence, especially against women. Violence seems to be a natural by-product whenever dehumanizing is occurring, and when we objectify women, it can end up being a justification for violence against them. As long as somebody is making money, these kinds of consequences are not considered. 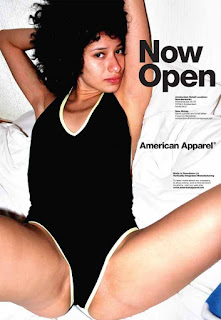 Aside from the very obvious message being sent that women are lesser beings, the media sends some more subtle ones when women are degraded, objectified, sexualized and portrayed as ditzy, a bitch or crazy. There are very few positive female role models represented in the media. There are also less air time and coverage provided for women in sports or politics. When women do get noticed, there is an abnormal focus on appearance, no matter what their achievements have been, and this discounts their success. Personality isn't a factor, but a hairstyle certainly is. Content is lost when the focus is on appearance. The media aren't concerned with what Hillary Clinton does; they are concerned with what she wears, how much she weighs and how tired she looked on a given day. These kinds of messages reach everyone and shape the minds of young boys and girls. They set a cultural standard that few are willing to challenge. The messages become so embedded in our society that hardly anyone reacts when women are continually and incorrectly portrayed as subordinates. When women are two times as likely to be described as emotional, a stereotype is enforced. In one shot, boys have been given the warning that it's not OK to be sensitive beings, and girls have been told that they can't strive for higher positions unless they look and act a certain way. And boy, we all better keep those emotions in check.

It's not all that shocking that the "APA reported that sexualization of women has a negative influence on young girls, and that images portraying women as sexual objects can affect a young girl's self-esteem and confidence." What's concerning is that the objectification of women leads young girls to objectify themselves. The result is an increase in depression among young girls followed by an increase in eating disorders. It is estimated that 65% of women and girls are reported to have an eating disorder. I suspect many don't admit to it, so those number might be higher. What's interesting to note is that the more women self-objectify, the more their cognitive abilities decline. Objectification also leads to decreased political efficacy, which might explain why so few women are properly represented in higher political offices in this country.

Women are scrutinized much more than men. Obviously television is a visual medium, but the standards for men are very different. There is less pressure for them to look a certain way, though they have pressures as well. In May 2009, the Global Status of Women reported that nearly three-quarters of all female characters in television sitcoms are underweight. No matter what a woman does, her looks will be the main topic, and she can't win. If she's successful and doesn't look like a typical model -- who is also typically underweight-- she will probably be referred to as a bitch or a witch. If she becomes a product of our society and focuses on her looks, she will likely be called a skank or a slut. Both Hillary Clinton and Sarah Palin have been under the microscope in recent years, but neither could come out ahead. Comments about how hot or how ugly a person is discount her achievements and put the focus on her body instead of on her actions. The goal is to take women down a notch, especially if they threaten to be powerful. This reinforces unhealthy thinking patters, especially for young girls who possibly start to believe that their looks are more important than what they do or what's inside. This kind of thinking distracts girls from reaching higher goals. Directing attention to a woman's body perpetuates a toxic idea that girls must put an abnormal emphasis on how they look in order to be recognized or successful. Think about that next time you rank the top 10 hottest female marathon runners. What message are you sending our young athletes?

“How good does a female athlete have to be before we just call her an athlete?” – Author Unknown