I have mentioned already that I used to work as a DJ for a small local station. When I was working there, I had the pleasure of interviewing many interesting and creative people. Somehow, I managed to land an interview with Josh Rushing. That was extremely exciting, and I even got to sit in the media section for his lecture, which my co-host and I recorded with the permission of the sound guy on hand. As a DJ, I also interviewed some really cool bands, complete with live sets. There were times during those sessions when I felt very privileged. It's a little bit like having your own private concert. There's just something about radio that's ultra cool.

Because the station was established for the community, anyone could contact us to schedule an interview. We never knew what to expect with certain guests, but we weren't about censorship or exclusion. Everyone was welcome. In fact, I believe one of our DJs interviewed the vampire guy who ran for president. In general, the station focused on local talent, but some big international names dropped in to speak from time to time. I have to admit, I was a little bit nervous when Denver author, Michael Schuessler, an expert in sensuality and healing, contacted us for an on-air meeting, however, having tackled all kinds of topics from politics to the news of the weird, I was prepared for anything. What I didn't expect was to participate in one of the most interesting, informative and heartfelt radio segments we had ever done. I'm going to try to recap some of the highlights of the conversation about relationships and intimacy that developed.

One of the questions asked by a listener got us talking about commitment in relationships. These days, commitment isn't something as encouraged as it once was, especially in this area. Though some like to think they are being more progressive when embracing a poly-amorous lifestyle, as so many in Boulder do, many of them are simply running from commitment and keeping options open. In the past, people were more prone to being direct and stating that they preferred being single. Playing the field isn't anything new or necessarily bad; it's just that gallivanting around with several sexual partners under the guise of an acceptable lifestyle has morphed into a justification for avoiding real relationships. When someone says they want to play the field, you know what you're getting into, but when they state that they are poly-amorous, there's a tiny hint of a promise of real love. Is it possible to have feelings or even love more than one person at a time? Of course, and it's fine to explore options. I don't want to rip on people who are in real poly-amorous relationships. I understand that there are people who make it work. What I fear has happened is that people use this catch phrase to screw around and possibly treat others badly without remorse. It might be one of those cases of a few people giving a larger group a bad name.

I know very few people who are able to successfully be in open or poly-amorous relationships, mostly because they take more work than regular relationships. These kinds of relationships work on paper, but toss in emotions and suddenly having and eating cake becomes complicated. It's not easy for most of us to be in any kind of relationship without at least some attachments, so in order for any alternative companionship to work, communication is essential. Expressing needs is key to a successful relationship, no matter what kind of connection it is, and, unfortunately, most of us are not good at talking about what we need or expect from our partners. Of course, there's a good chance that desired outcomes might not come true even after they are put on the table, but stating what relationship requirements are can lead to healthy compromises. Even if a compromise can't be met, knowing where one stands after stating our needs can allow us to make appropriate decisions to either change or simply accept the the situation. 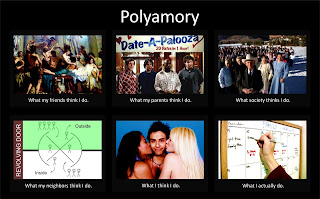 Part of the reason I wanted to bring up this conversation Michael and I had is because we discussed how so many of us fail to move on, even when we know we aren't getting what we want in a relationship. I know a lady in a long-term relationship who is overly aware that it's not the kind of experience she wants. This guy she's with can't give her what she wants, yet because she gets some intermittent rewards, she won't let go. Overall, she wants more, but her fear of never getting what she really wants anyway keeps her stuck in an unhappy situation. The more she tries to express her needs, the more he ignores her. It's not unlike my own situation of being an expert in finding guys who either don't want or are incapable of being in a relationship. Many "if only" scenarios pass through my head, but the reality is usually that the one or two things that need to change don't. I hope I'm getting better about letting go, but it's tough to do that when the alternative could end up being more alone time. Still, alone is often better than unhappy together. The big question is: Do I really want a relationship? Maybe there's a part of me that doesn't, and that's why guys who are happy being single look so tempting. 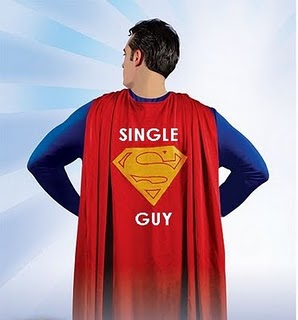 I might sound like I'm backtracking a little bit here, but bear with me. In stating that needs should be met or at lest expressed, that doesn't mean that if things end up being different a relationship should be thrown out the window in these changing circumstances. Some people resort to that, but let me go into more detail. Shortly before the show, I read a friend's facebook status that said something about this person only wanting to be in a relationship with another runner. The comments that followed shocked me, because so many people were extremely exclusive about what kind of partner they would potentially have. Of course when it comes to something like not smoking, it makes perfect sense, though I briefly dated a smoker without any problem, probably because he was respectful of my needs and only smoked outside. That was a compromise I didn't even have to request. Insisting that someone runs doesn't make as much sense to me, because anyone can get that kind of camaraderie by running with friends, no? I would state for myself that I would want my partner to understand my need to run. I don't actually need him to be out there running with me though.

I can understand why many people feel like shared interests are good, but I say there should be more, something deeper. Let's say you meet the perfect match. The two of you run together and share all aspects of a happy life. Then one day your partner gets hit by a bus and can no longer run. Do you stick to your original statement about NEVER being with someone who doesn't run? I would hope not. If the relationship hasn't grown and developed into something deeper, then it might be a case of someone confusing love with companionship. Kicking the whole relationship out the door would be one solution. But this is the perfect example of why communication is crucial when you become someone's partner. Things change. If we have this false idea that the person we meet is going to be the same, relationships are basically screwed. It's not so much that we have to get our needs met, it's that we need to be able to express them and then, based on our partner's response, decide if things can move forward.

Yeah, I know I'm probably not the best person to be handing out relationship advice. Take all this with a shaker of salt.

In thinking about all this relationship stuff, I found some similarities with recovery. It takes a commitment to recover from an eating disorder. In fact, that was probably the one thing that helped me most, that and being honest. There's some saying about how if you love someone, the best way to show it is to take care of yourself. I agree. If there was one thing that really got me to the other side of my illness, it was making a commitment to getting well, even if I didn't always know what that looked like. Suddenly, instead of being focused on restricting, I became driven to eat my meals and watch my exercise. Recovery is a day-to-day, every day thing. It doesn't often lead to good outcomes to be dedicated for a few days and then give in to old patterns indefinitely. It takes consistency, just like training for a race. I'll leave it at that.

On a lighter note, GZ posted one of those Hitler videos that's truly hilarious. Check out this one on a running injury here:  http://georgezack.blogspot.com/2012/11/thursday-110112.html