My love-hate relationship with running

Blog posts from happy runners encouraging everyone to "just do it" annoy me. I get where the authors are coming from to some extent, and it's nice that they think they are offering some cheerful inspiration. On the other hand, these people don't understand anything about going over the edge. Most elites don't need to be told to just do it; they need to be told to relax a little. Of course it's fun to run when there's no extra burden; the body is sound and the main goal is to get out the door. That's sort of where I am now, only I'm haunted. Running is a great sport when you have never gotten close to touching the dark side or hit that line that, when crossed, makes a runner feel there's no other option but to jump off a bridge, swallow some pills or slit some wrists. Most happy joggers also haven't experienced being in a crippled body that hurts just walking, so of course running is still fun. In Andre Agassi's book, Open, he discusses his tortured relationship with his sport, tennis, at times feeling like he had no choice but to do it, and at other times feeling great contentment in his achievements. What do you do when your calling breaks you? 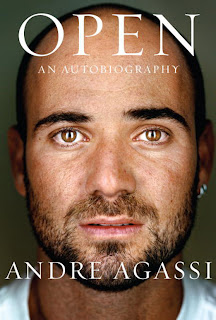 Jack Bacheler, founding (and probably the tallest) member of the Florida Track Club and a two-time Olympic qualifier, states, "A real top-notch distance runner needs to be obsessive-compulsive."   This isn't exactly true, but most runners know it takes a certain amount of dedication to the sport in order to succeed. The problem with being an obsessive-compulsive athlete is that being too stuck in a routine doesn't allow for real growth. It's impossible to make it to the top if the main goal is accomplishing compulsive acts instead of doing sensible training. If an illness is the driving force, chances are feeding the sickness will become more important than success. Just ask any addict who chooses to drink over anything else in life or anyone who is focused on not missing a day of running over quality training.

There was a time in my life when running excited me. I loved to race. I didn't always enjoy every moment of training, but once I got into the middle of a race, I felt at home. Eventually, getting to the race became a challenge with increasing anxiety as pressure, both internal and external, mounted. About the time I started wishing I would get hit by a truck, I read an article about Kathy Ormsby running off the track in the middle of the 10,000 at nationals and jumping off a bridge. Man, how I could relate. For me, it all came down to choices; I felt like I had none. I was stuck in routine of doing more and going harder but never straying from the basic day to day monotony. People wonder how anyone could throw away a successful career and have the desire to end it all, but those of us who have been there know exactly why Kathy jumped or at least have some idea of what it's like to want out. Back then, I would wake up in the mornings, drag myself out of bed and step into my own personal hell, completely unable to do things differently. And nobody knew what anguish I faced each day.

For some of us, the drive to do well is so immense it becomes unbearable. It can take years and years to unlearn compulsive habits and be OK living any kind of normal life. Extreme pressure to succeed distorts rational thought, and some of us are left with a war in our heads, one part wanting to let it all go and the other determined to continue at all costs. Most of us stay in the nightmare until we are faced with some catastrophic event: an injury, illness or mental breakdown.

One of my coaches used to tell me, and I'm sure he's not the only one who noticed this, that more often than not those who are caught up in the stress will blame themselves when they don't do as well as they wanted in a race. Others who are not as burdened by internal obligation will often blame outside factors for not doing well: the weather, getting boxed in or improper coaching. The ones who blame themselves tend to have a difficult time letting it go. They are experts at beating themselves up over past events.

I want to make it very clear that going over the edge in the first place or breaking after falling over the cliff has absolutely nothing to do with women not being able to handle the sport. This isn't at all a women's issue. I've known plenty of men who have gone down similar dark roads, and I've known even more females who have been at the top without struggling with any of these internal demons. I recently read an article about marathoners with drinking problems, and not a single woman was mentioned. Yes, they exist, but the focus was on men in this particular article. When I think about it though, women in distance running is a relatively new concept. The Olympic marathon wasn't introduced until 1984. That's not that long ago. It's not surprising that some of us put more pressure on ourselves to run well. There's no doubt that I was running at a time when women were just starting to prove themselves. Some will say it's the sport itself that draws in people who tend to live on the edge or those who are attracted to extremes. There is something about running that is addicting, and it's not just the change in brain chemistry that keeps a person hooked. Male or female, people who run are different than the average person.

Most of my issues were only partly related to the running, though I was clearly dong too much given my propensity to restrict my food intake and my inability to go easy. Somehow I felt an enormous weight on my shoulders once I entered high school. It didn't help to have a coach who talked about girls getting fat and quitting once they became seniors. For whatever reason, I was determined to prove the guy wrong, and I would risk my life doing so. I suddenly feel the need to insert this quote by Rebecca West (first part by Clare boothe Luce): "Because I am a woman, I must make unusual efforts to succeed. If I fail, no one will say, "She doesn't have what it takes." They will say, "Women don't have what it takes." ~Clare Boothe Luce. I myself have never been able to find out precisely what feminism is: I only know that people call me a feminist whenever I express sentiments that differentiate me from a door mat or a prostitute." All this said, my real issue was my illness. That's what made both my existence and my running unbearable. Between the OCD and the eating disorder, my life was a wreck.

Though I'm in a much different place now, I still have memories of those terrible days. There are sometimes have nights on which my past worries manifest in some odd and intense dream about missing the start of a race or missing a run after eating something extravagant like chocolate cake. One of those struck out of the blue the other day. These are likely just unconscious memories of past traumas, but I will wake up feeling uncomfortable and shaken when they occur. I also sometimes experience sadness and a sense of being overwhelmed before or while running. It is not easy for me to get out the door most days, and anyone who tells me to just do it has no idea what I put myself through with the sport. I don't want to hear it. If I get out there and bail after 10 minutes, that's now my right. If I don't even get out the door, that's fine too. With my heart valve leak, the cold weather is scary and uncomfortable for me. I have backed WAY off my running with the deep freeze that dropped into the area, and I'm not fighting it. Oddly, I'm sort of fine with it.

I guess there's a part of me that wishes I had a different relationship with running. The anorexia aside, there were moments running that brought me great joy. If I could learn to get my head out of the way, I think I would be less resentful, fatigued and angry about my past. I assume I would also be less afraid. It's not easy to live in the moment, but it's a goal for the upcoming new year.

Well, that was an unexpected little rant there. 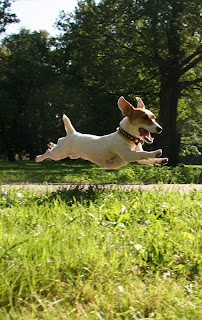