let's call it the comeback

I think I just stole some lyrics, but I can't remember the artist.

In general, I'm more of a cover girl. I'm not into mash-ups as much. However, a friend of mine found one that is completely and radically awesome. It's NIN meets the Beatles. Lately, I've had to have some encouragement in terms of good music while getting through even the easiest of bike workouts. I have a little bit of burn-out going on, and yet I don't want to slack completely. I've been listening to Gorillaz, Tv on the Radio, Elbow and the Secret Machines. It's funny how songs can really get you out of a bad head space and feeling better.

I'm craving chocolate in a bad way lately. I once gave up chocolate long ago, but I went back to it. I was fine without it, but it's quite addicting once you start up with it again. I guess I could do without, but I do crave those "natural" peanut M&M's. I pick out the lumpy oddly shaped ones, because I'm convinced that they taste better. I have also convinced myself that the various colors taste different, even though I know deep down they really don't. At one point, I had to give up chocolate because I have a heart valve leak. My doctor told me it was for the best, and would lessen the symptoms. Fortunately, I found that small amounts of chocolate are OK. I heard that chocolate can contribute to lumpy breasts too and inhibit calcium and iron intake. I'm hoping the lump in my breast is chocolate related. I had a lump before, so I'm not too worried. It ended up being nothing. My mom is convinced that chocolate is constipating, unless it's Ex-Lax, of course. My constipation a few weeks ago was more due to lack of movement and a regimen of pain killers and not enough salad.

The worst constipation I ever experienced was a few years ago when I had viral meningitis. I was 9 days in the hospital, and it took forever to get back on my feet. I remember taking a shower was an all day affair and greatly fatiguing. One day, after I was home, as I was stepping out of the shower, it occurred to me that I hadn't pooped for nearly 2 weeks. This is stuff the doctors and nurses neglect to tell you upon leaving the hospital. Their job is to keep you alive, which, in my case, they did. I came home with scaly skin, malnourished, emaciated and constipated, but I was alive with a big huge headache. It was an enormously big ordeal to go poo though, and it hurt! Man, that first time ripped me apart. OK, I know this is gross, and I'm not sure what got me started on it, but I'm going with it. I didn't want to take laxatives, so I suffered through several days of excruciatingly painful and bloody poops. OK, enough on that...

On a related note, does anyone else eat stuff they know will make them fart? I do. Jeez, there are some things I just can't resist, despite knowing I'll end up gassy. Heh. I try to avoid it if I'm headed to work or have to be around people.

Getting back to chocolate (yes, I realize it's not appetizing to go from poop and farting to chocolate), but I used to write chocolate reviews back when I was doing a podcast with a guy who also liked chocolate. I haven't written one in a long time, but I always mention the Long Grove chocolate covered pretzel rods as one of the better chocolates we have tried. In terms of originality, a white chocolate with dried olives still stands out as one of the best strange flavors we sampled. I should get back into writing some of those reviews. We tried some of the most amazing chocolate bars one can imagine, and some that were not so good too. I think I even spit out a few. It makes it funnier to know that this was all recorded and available to the public.

This is such a random post, but what got me thinking about all this was this old way of treating eating disorders. It used to be that dietary schedules were given at the hospitals. In other words, we were on a diet. We had to follow certain rules around food. I think mine was something like 1 serving milk, 1 serving protein, a fruit, and 2 servings of carbs in the morning, same for lunch only no fruit and a vegetable instead, and the same for dinner plus a fruit as a snack. This was on limited exercise, of course. One of the problems with this, aside from it being no fun, is that it doesn't account for PMS, bad emotional days or sick days. It also doesn't make sense to follow the same schedule for eating if you run a whole bunch extra one day. I think hospitals are moving away from this rigid meal plan concept, and trying to get people to be more in touch with their bodies. Let's hope so anyway.

I think I'll make my next post about running and all the combacks I attempted to make in my running career. This is the week where I will be getting the walking boot off, and learning how to use my foot again. In the end, I'm hoping I can run with less pain. I'll admit that I'm terrified that this pain will hang out with me longer, or worse, that the foot won't be as I had hoped. All I can do is keep getting through the days, and sometimes a little chocolate helps. Sigh. 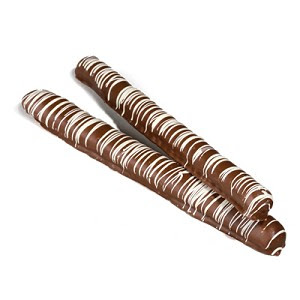