OK, Time for smiley faces, unicorns, positive affirmations and loving comments about all the really great people in the world! Not. As much as I hate blogs in which the main focus is bashing anyone who thinks anything other than the exact same thought as the author, I'm not about to pretend I'm suddenly all up with people. On the other hand, I am moving forward which, for someone who tends to hate change, cling to the past and dwell on what could have been, is an improvement. I have to clarify, I'm not actually anti-people, more just like to keep my distance--usually. I do make exceptions. This is about as close to rainbows and glitter as I will get though: 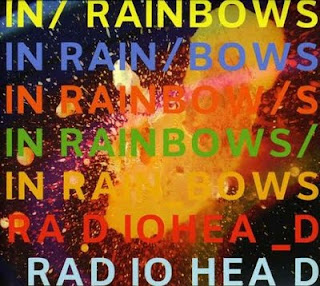 Last night, while I was working on an article about pre-race meals, I had the TV on for some background noise. The computer I'm borrowing doesn't have a sound card, so Pandora is out. There was some reality show on where couples compete in order to win their "perfect" wedding. What I find repulsive, aside from the whole idea of competing in a reality show, are the contests where these people are forced to eat gross food or huge quantities of food. Someone always yarfs, and I generally refuse to watch. It really makes me sick. I can imagine how great for health extreme eating is. In this one case, the contestants hadn't been eating very much leading into the stuffing of the face contest, so I'm surprised more people weren't sick. I was lucky enough to catch one guy losing massive amounts of his insanely large meal before I turned the channel.

For someone who has had an eating disorder, the thought of eating enormous quantities, enough to gain 3 pounds in less than 45 minutes, is a scary one. That's a hell of a lot of food, and considering the stomach isn't all that big, I can imagine how much it would hurt to eat like that. But what really gets to me are the shows where bugs and shit (well, hopefully not literally shit) are eaten. There was some fear factor show where a girl ate a live spider. I can't even look at spiders! No way in hell would I ever intentionally eat one, though I have been told people swallow an average of 8 in their sleep in a lifetime. This is probably why I sleep with my jaw clenched shut. I've also read that the FDA has deemed it acceptable that a certain amount of rat hair and bug parts end up in chocolate bars. It's something like 60+ insect fragments per 100 grams. I try not to think of this when sampling chocolate.

Shows like this exemplify all that is wrong with the world: backstabbing, greed, overindulgence and an audience oh so eager to watch it all. Everyone's looking for their 15 minutes of fame, no matter what it takes, and if you can't get the fame you crave so desperately yourself, by all means, grab the coattail of someone who can! Of course with the internet, it's easy to take the mini spotlight, thinking people are reading every word in a blog, watching every second of a video or listening to every word of a song or interview posted online. Andy Warhol would be amused to know that 15 minutes of fame has been diluted to a few random moderately interested glances for everyone.

Back to reality. I ran another 20 minute jog. I'm still having to use the brace, but it's coming along. I get frustrated though, because my foot gets tired and sore if I go too long without the brace. Walking back to my car from work, I was wondering if the guy waiting impatiently for me to cross the street could see my limp. I used to rush across the street when someone was waiting for me to cross. Now, I'm limited, and really can't. I tried, but my foot started hurting. It made me feel both vulnerable, knowing I can't run or even really hurry the fuck up, and frustrated that I'm still limping and sore. Still, it's better than it was. Time...

I swear the human counterpart of this guy came into work today, and I had to help him: 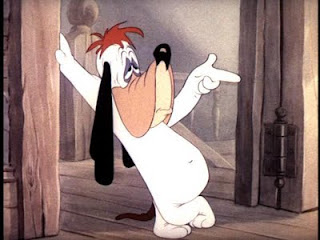 Life is so fucking weird at times.
Posted by Lize Brittin at 7:53 PM