I just looked back to a post from last summer, and I realized a few things:

1. I was stretching to write in a more creative way.
2. There was far more positivity in my posts. I had more hope then.
3. My fitness level was better and I was less afraid to jump into structured time trials and races.

So, apologies to my readers for my blog turning into one long Dido song. I'm going to make an effort to be a tad less depressing with my writing. Maybe now that I'm feeling a little bit better physically, improvements in all areas will be noticeable, though my hormones are still a mess. I think my ovaries are trying to spit out as many eggs as possible, because of all those years I missed cycling when I was amenorrheic.

I should also apologize for saying that I was upset reading about other runners who made a big deal about ONLY running 10 miles or being slow at under seven-minute pace. I've done the same thing in the past. I guess many runners tend to be hard on themselves. We all get a little frustrated being where we are in comparison to where we have been or would like to be. Then when we get where we thought we wanted to be, we end up wanting something more. But I was in a bad space when I made those complaints. Hell, I even grumbled last year when I ran a "slow" 5K that was under twenty two minutes. If I could run that now, I'd probably be pretty stoked, all things considered, but, no matter where we are, runners tend to want to improve. I'd probably have to face some kind of internal disappointment, no matter how fast I run, even if I "should" be happy that I can run at all.

Unfortunately, I have another rant or three before I start to make an effort to be more Yay Life! 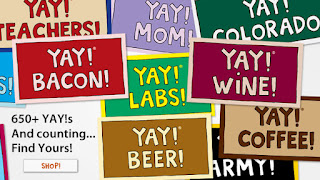 This morning, I read a blog post by a "writer" who has several books published. These are e-books, but this person is technically published and selling work. Obviously, I've made plenty of grammatical and spelling errors in my blog posts over the years. I sort of cringe thinking about some. I don't always edit, I have dyslexia and I sometimes don't think clearly when I'm writing, especially late at night or at three in the morning when I get in the zone. There are times when I post a blurb and go back a day later to find a few too many mistakes. However, I do make an effort to write in complete sentences and use correct grammar. Plus, some days are better than others. Just try to get me to write well when I'm wading through PMS land-yikes. What struck me when I read this writer's post is how MANY mistakes were made. There were phrases written as if they were full sentences, there was obvious confusion in terms of coma vs parentheses vs colon vs semi-colon usage, and I spotted several incorrectly used words. In other words, this person isn't a very good writer. However, for whatever reason, the work sells. True, the writing wasn't as bad as some of the excerpts I have posted by reality T.V. stars, but I did find it odd that in one short blog post, there was a mess of both big and not so big errors.

I'm actually really hard on myself when it comes to writing. That's partly because I know that I've only been writing for a short time, and I don't consider myself a real writer yet. When I catch my mistakes, I kick myself a little too much and get embarrassed, even if it's one of those not so noticeable errors that everyone tends to make. When a subject-verb agreement gets screwed up, I'm on my case about it for the rest of the day, especially if I'm not the first to catch it. Generally, I'm more focused on content than writing style, but good writing needs attention in both areas.

I think I might have a slight gluten insensitivity. Gah! That's so trendy. I HATE that I'm finding this out, but it seems to be the case. I'm not giving up gluten entirely, but every time I eat it, I notice symptoms that are unsettling. My neighbor has celiac desease, which is a a severe allergy to gluten and very rare. I obviously don't have that, but I feel the need to watch my gluten intake, mostly because every time I eat regular bread, I get a little swelling in my mouth and throat, just like with a mild nut allergy. It's very strange. Mostly I'm bummed because I LOVE bread. I know there are gluten-free alternatives, but nothing compares to a crusty loaf of bread served with butter. I figure I will keep my eye on it. I'm not going to eliminate gluten entirely, but I will continue to cut down on my consumption. Sigh.

I'm just finishing the book about John Cheever that was written by his daughter. It is so fucking depressing. Wow, what is it with good writers and alcoholism? Well, there's also the tie to depression, and, as an example, Anne Sexton's suicide was also mentioned in this book. Alcohol ruins everything though. Even though John Cheever eventually became sober, there was so much damage already done. One can see the sadness in his daughter's eyes, and I can so relate to her upset at being put down all the time. Maybe Cheever's life wasn't quite broken beyond repair, but much the time he was too sick to do a whole lot but complain and make the people around him as miserable as he was. I look at how my dad's alcoholism ruined his career, his family and his life, and I wonder how many other families are torn apart by the substance. I imagine quite a few. I guess having overcome my own addiction doesn't exactly put me in a place of authority on how to overcome addiction in general, though I know what it takes to go from a place of self-loathing and hopelessness to something better. The problem is that conveying that only helps people understand on an intellectual level. What needs to happen for change is getting it on an emotional level. Yes, it has to come from within, but nobody can describe how to get there or how that feels.

What saddens me more than anything is seeing the wasted potential of people struggling. I see two women I used to know drift in and out of tragically severe anorexia, and I know how their lives come to a standstill during those low points. Even at their best, I see the relapses coming, because they haven't gotten "there". All around me I see people consumed with getting their next fix, resisting their next bite to eat and drowning in booze, and it all seems so completely pointless. There's just too much suffering in this world. Sadly, those struggling the most often unknowingly become energy vampires, killing those around them the more they slip. Just look into the eyes of parents who have a child with anorexia or listen to the laments of a child with an alcoholic parent, and you will know what I mean. An addict's path is never travelled alone.

What I desperately wish is that I could explain what clicked in me when I made the effort to change. Ultimately it was a domino effect, a series of comments made by others combined with getting so completely tired of being stuck. My embarrassment of treating others badly and wrecking myself became more than I could bear. Somewhere in me, there was the sense that I knew it was my choice to stay sick or get well, but most of the time I was too afraid to take a different path. Then one day I did. I wasn't feeling good about myself, I didn't love myself, and I didn't even initially do it for myself. However, somewhere along the way, I learned to be less hard on myself.


Now for something a little more cheery, eh? OK not really - maybe the next post.

Briefly, I may have found out a little bit more about my hormonal imbalance since I started this post earlier. It seems that even though all my hormones test low, my estrogen levels are too high compared to the other hormones. I'm going to try a few things to see if I can start feeling a bit better. I haven't deflated in months. It's really no fun, so I'm hoping the things I'm trying will prevent another early period from occurring. 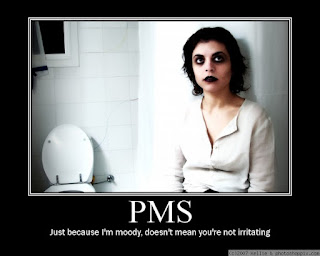