I shoved a guy

This song has been stuck in my head lately. It's one of my favorites by my favorite band, Radiohead. The last few months, I have felt trapped in a nightmare. More recently, I seem to have stepped into something a little better, though I'm still experiencing pangs of sadness that will probably linger indefinitely. What I have noticed is that running hard isn't as appealing when I'm hurting emotionally, physically or both. It's no secret that pushing it hurts a little or sometimes a lot. When I'm in a better space, this kind of pain can be manageable, and pushing it can even border on fun. Running lopsided, I have to be careful not to push it too hard, but today I did a moderately hard workout after a longer trail run yesterday. Considering I was a blob of tears about a month ago, thinking I probably would never really run fast again, I'll take this. Sure, it's not actually fast, fast, but it's also not a complete jog.

Now for a mini rant:
You know how I was just saying that the trails are too crowded? Originally I thought it was only on the weekends, but yesterday it was the same situation. Even though I complained about the weather being cold and dreary, once the rain stopped, it was perfect running temperatures, for me anyway. I'm sure others would have found it a bit too hot. It really was beautiful. For whatever reason, everyone decided to head out to the Mesa Trail at the same time, so I was stuck running in a sea of people. It wasn't quite as bad as Saturday, but there were two big groups of kids that made forward motion nearly impossible. In fact, I passed one group twice, and both times I had to come to a complete stop and say, "excuse me" a million times in order to get some trail space. The kids didn't piss me off; I was exceptionally nice and thanked them when they did move, but the guy leading the group was an ass. Yes, I ended up gently shoving him when, oblivious to anyone on the trails, he almost stepped on me. He was in the middle of the trail with his group, and there was no way to pass. Frustrated when nobody would move when I asked, I stopped and walked, weaving my way through the crowd. Then, because he thinks he owns the trail and nobody else would ever be on a public path, he starts to back up without looking. Just as he was about to step on my right foot (the only good one I've got!), I put my hand on his backpack and gave a light shove. Grrr. He hardly noticed. Oddly enough, the little assembly of four year old kids walking on the other ridge gave me plenty of room to pass, which seemed strange given the trail was twice as narrow in that section. I made a point of showering them with plenty of friendly hellos and a big thank you. Mr. man needs to take a lesson on trail etiquette from these kids.

My foot does seem to be a tiny bit better. Tape is my friend. The tape job and exercises seem to be helping. I stand on one foot, and it's crazy how hard it is. On my right foot, I can plant myself and balance for a lifetime. On my left, I'm a wobbling mess. If I close my eyes, I fall over in a few seconds. For anyone who doesn't know, closing your eyes makes balancing much harder. Any flat fast race is out of the question. My big concern is still how much the improper landing pulls on my pelvis.

I'm NOT planning a hill climb...I'm way out of shape.


OK, I do want to run with people again. I would even like to bounce ideas about training off someone, but I'm struggling with where I am at the moment. Looking into trail runs might be good. I just have to make sure I won't get on my own case in the end. I miss having a training partner.  :(

AND! This is a total aside, but I need foodies, chefs, bloggers and chocoholics ! I'm starting a new project, and I need original chocolate recipes and a story to go with each one. Anyone who is cool enough and interested can email me at: lizefb@aol.com for more details. 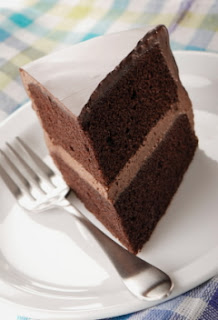