Yeah, I've been called crazy before, but fuck it, aren't most people? The world can be a pretty screwy place to be. I have come to hate the word, mostly because it is used more often now as a slam against women. I mean, men are almost never called crazy. They have to do something really fucking out there, like get naked and eat the face off a homeless guy or store 2,000 dead cats in the freezer in order for anyone to claim a guy is nuts. Women, on the other hand, get called insane simply for stating an opinion, for being strong or for having feelings. I'm far less offended by the term "Bitch", though that one is used in much the same way. However, because bitch is used in many different situations in reference to both men and women and can also be a term that simply refers to complaining, I find it far less offensive. Besides, bitch can imply power, while crazy, no matter how you slice it, doesn't have any positive connotations. Of course, people who use crazy as an insult are usually not bright enough to come up with any substantial retort. It's better for them to throw out a "she's crazy!" than put any kind of thought into what they are saying. As far as I'm concerned, calling someone off their rocker is right up there with telling a woman to just calm down or that she's too emotional, a completely lame and flimsy insult. In short, calling someone crazy who's not is a cop-out. Tell me instead that X behavior makes you feel Y, or tell me what, in particular, is supposedly crazy about the way I am. Don't just go for the obvious low blow. It does make it very clear who has the real problem when someone chooses to be hurtful and mean by tossing out these kinds of comments, especially if the person hurling the insult doesn't even know the "crazy" one.

I did mention that I would probably have a few very short posts during this one post a day for the month of June challenge, and this will be one of them. People say shit for all kinds of reasons. I will never understand why certain people do or say the things they do. I will leave it at that. 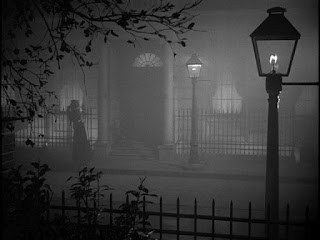 ETA: I forgot to add something about how some people think runners are crazy, but I will have to save the long ramblings on that for another time. I think most runners are driven to do something that makes them feel more OK in the world, though I have met a few oddballs in the sport. Then again, there are strange people in any sport, not just running, and while I don't quite get ultra running, I would say that there are plenty of sane, balanced and normal people who run.
Posted by Lize Brittin at 2:00 AM