I sometimes hate to admit that I sort of like watching the Jersey Shore. I don't even know if I can explain why I like it. The first time I saw it, I couldn't get through an entire episode, but I somehow ended up watching the train wrecks that make the show on a regular basis. When I heard that two of the cast members had written books, I was shocked. When I found out that one of them was on the New York Times Bestseller list, my heart sank. It meant that this is what people want, not substance.


I'm wondering if an editor was used at all for her book. At first I thought a ghostwriter must have written the book for her, until I read a few excerpts. I don't know if it's for show, or if the girl really thinks "And bacne." and "Not fat at all." are complete sentences.


Excerpts from A Shore Thing by Snooki (Nicole Polizzi)

“He had an okay body. Not fat at all. And naturally toned abs. She could pour a shot of tequila down his belly and slurp it out of his navel without getting splashed in the face.”
“Yum. Johnny Hulk tasted like fresh gorilla.”
“Any juicehead will get some nut shrinkage. And bacne. They fly into a ‘roid rage, it is a ‘road’ ‘roid rage.”
“Gia danced around a little, shaking her peaches for show. She shook it hard. Too hard. In the middle of a shimmy, her stomach cramped. A fart slipped out. A loud one. And stinky.”
“Gia had never before been in jail. It wasn’t nearly as gritty and disgusting as she’d seen on TV prison shows. The Seaside Heights drunk tank — on a weekday afternoon — was as clean and quiet as a church.”
“I love food. I love drinking, boys, dancing until my feet swell. I love my family, my friends, my job, my boss. And I love my body, especially the badonk.”
I don't want to bash anyone, but this is the trend these days. People want what sells, and apparently, things lacking information sell.
It's hard to explain why the above was accepted immediately and the following was rejected many, many times before someone finally took a chance.
Excerpts from Harry Potter by J.K. Rowling:
"Harry, don't go picking a row with Malfoy, don't forget, he's a prefect now, he could make life difficult for you..."
"Wow, I wonder what it'd be like to have a difficult life?" said Harry sarcastically.
"Well, I had one that I was playing Quidditch the other night," said Ron, screwing up his face in an effort to remember. "What do you think that means?"
"Probably that you're going to be eaten by a giant marshmallow or something," said Harry, turning the pages of The Dream Oracle without interest.
"You know your mother, Malfoy? The expression on her face - like she's got dung under her nose? Is she like that all the time or just because you were with her?"
I remember reading somewhere that Catch 22 was rejected something like 35 times before it was finally picked up by a publisher.
Because Mike "The Situation" used "gravitational pull" in this excerpt, I'm going to make an assumption that he might have had some help with the writing, unless he secretly studies while his friends are on the dance floor. It's hard to tell if he would be this kind of writer when he tends to speak in overly simplified sentences with a "you know" thrown in at every opportunity. 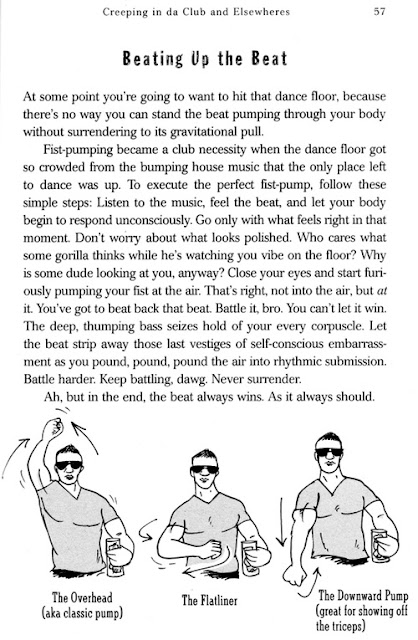 Hum, after reading that, I suddenly have this song stuck in my head:
Well, I'm certainly not saying I'm a genius when it comes to writing. On the other hand, I think I have something important to say. I just hope a publisher will see that.
In other news...
The stiffness and pain in my foot are frustrating me. It does seem to be getting a tiny bit better. However, when the sharp pain, weakness and stiffness seize my foot, it depresses me. I'm overly focused on every twinge, and the nervy stuff makes twinges more common.
Sigh.
It's late, but I can't seem to sleep, despite being extra tired. There's too much on my mind lately.
I'll leave you with something that makes me smile when things like this get me down. It's an excerpt from an article about Stephen King, when he gave his opinion on the whole Twilight phenomenon. At least someone is brave enough to tell it like it is, despite the great sales of these books.
Here he compares Stephanie Meyer to J.K Rowling:
King compared the Mormon author to JK Rowling, saying that both authors were "speaking directly to young people". "The real difference is that Jo Rowling is a terrific writer and Stephenie Meyer can't write worth a darn. She's not very good," he told an interviewer from USA Weekend.
I had a friend who wrote a blog post on Twilight. It was one of the most hilarious things I have ever read. I should see if I can find a link to it.
Posted by Lize Brittin at 12:09 AM