I know I'm not alone when I say that sometimes the hardest person to forgive is myself. Those of us who have aimed for perfection tend to be extra hard on ourselves, and letting go of our mistakes can be difficult. That said, forgiving others can be almost as hard. It took many years for me to forgive people in my past. I still get occasional flashes of anger or emotion around certain situations, especially those I don't understand. When someone does you wrong for no apparent reason, it's harder to forgive than when there's a more obvious explanation. Also, the severity of hurt plays a roll in how easily forgiveness comes. The problem with not forgiving is that resentment builds and that can lead to destructive behavior, often misdirected on the self.


I've made my fair share of mistakes in the past. Sometimes I look back and think, "what the fuck was I thinking?" Most of my mistakes come from a place of being in a vulnerable position, not being strong enough to speak my mind or not seeing all aspects of the situation clearly. Take my foot, for example (not that any of you would want a hardly working foot - blah), when that first doctor told me it wasn't a stress fracture even though I felt it was, I should have said, "I would like a second opinion, and I don't want the shot of cortisone." Instead, I figured this guy was an expert and let him treat me despite the funny feeling I was getting in my tummy. I doubt I would allow anyone to treat me that way again, and, years later, when an ER doctor who misdiagnosed the meningitis I had wanted to send me home, I did stand up for myself. Still, I need work on forgiving myself for not preventing everything that happened to my foot. I suppose I should put some effort into forgiving the doctor who wrecked my running career too, but that one is going to take more time. I am attempting to let it go, even though I'm still very upset.

Sometimes I catch myself falling into reacting badly to a situation - getting angry, not handing things well, and I can't always stop myself. I have a hard time forgiving myself in those moments. The whole idea that people should forgive and forget is an odd one to me. I sometimes wish I could forget, but when the damage is already done, that's not an easy task. I don't even know if it's possible. I guess the goal is to forgive enough, so that the memories no longer affect you in a negative way. The best revenge is living well, right? It's kind of true.

I'm going to forgive myself for not making these last few posts as long and complete as I would like them to be. I went on a run in the middle of the day today. It was 102 degrees, and Colorado is on fire everywhere. It's smoky, dry and HOT. I love the heat, but even with a trip through the sprinklers in the middle of my run and an entire bottle of water consumed during it, I feel kind of spent. I kept thinking of those people who run the Badwater Ultra Marathon as I was slowing to a slog toward the end of an hour. I can't even imagine doing an entire day of running in temps higher than what I experienced today. Yikes.

A few last thoughts cut and pasted, because my brain is too tired to rework into my own words:

And here is a link to an interesting question about forgiveness answered by a Rabbi.
Forgiveness in Judaism

And some good words to live by: 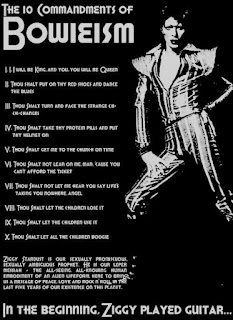