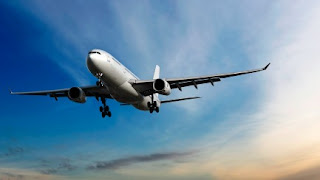 I don't travel much, mostly because I can't afford it. At least a few times when I was rushed to the hospital, I thought, "oh great, this is my vacation, sitting in a hospital bed feeling like death." Hospitals are expensive. It's not that I don't want to travel or don't like traveling, it's that affordable opportunities don't often present themselves. I'm also a little weird about travel, simply because I feel more comfortable being able to have some sort of a routine. On the other hand, once I break the rut, I usually wonder why I didn't do it sooner. In a weird way, I often feel more in touch with myself when I'm traveling, though I sometimes tend to do too much and almost always get a cold when I return home.


Being a mountain runner, everyone always assumed that I liked camping. I'm not sure why being an outdoorsy type supposedly goes hand in hand with mountain running. I was much more of a hotel room camper. Quite a few ultra runners I know are the camping type though. Electricity, a warm comfortable bed and running water are more to my liking. I have been getting a craving for S'mores lately though, the one good thing that comes with camping. Maybe the smell of the smoke is reminding me of roasting marshmallows over a camp fire or something.


I'm reading a book about John Cheever (a bit depressing), written by his daughter. In it she points out the difference between her and her father's writing. It made me realize why I'm not (yet) a great writer. I write what I experience more than what I observe. It's too much on the emotional side and not enough on the intellectual side. Interestingly, this is often the case between men and women in writing. Though I hate to generalize, I have observed this to be the case quite often. I always wonder how it would be if a couple, both writers, wrote a book together. In theory, it would be the best of both worlds, emotion crossed with detailed commentary. My writing also needs improvement in the precision, development and overall WOW factor areas, but I'm working on it. I started writing very late in life, blogging a little bit before jumping into a full manuscript. It's only more recently that I've put more effort into it. When I started writing, I had something to say, a message, and now the challenge is to say things in an interesting way.


I know my posts have been on the negative side lately. When I did my interview with Bobby not long ago, we discussed how difficult it can be to not realize your dreams. Whatever comes next in life, it might always feel like falling short. I'm still fighting it, even though my big dreams were dashed probably 20 years ago. The truth is that I suffer from severe depression that can be, at times, debilitating. Inflicting that on others is something I try to avoid. For the most part, I'm fine, but some days are still a struggle. That's probably why little bits of worry, regret and sadness still escape into my posts. I guess when I was in high school and college, I focused on running to ease some of that. No matter how bad running got, how much I ended up hating it, it was something I could go to for some distraction.


I don't want to give the impression that I'm constantly down at the mouth though. I have very joyous moments. I will still take this life over my past, no doubt, but I have sort of become what I never wanted to be- a spokesperson for not doing it my way. Every painful step is a reminder of how I did it all wrong. And, while I know that scare tactics don't work when it comes to addiction, it's possible that what I have to say may strike a chord in someone. Almost no teen smoker is going to look at a cancer eaten lung and decide he's going to stop smoking, and it's highly unlikely that someone running well but not eating right will take a warning from someone like me. Still, I feel the need to offer some guidance, and if what I have to say can help even one person, that's a plus. If nothing more, at least a few people who have read my manuscript said that it gave them an understanding of the illness, something they hadn't grasped before. That's important to me too.


In the last few weeks, I have been under tremendous stress. I haven't shared even half of what's going on in my world, because it's just not right to dump every aspect of my life onto the computer screen. However, there's a reason why my posts have taken a not so positive turn. Sometimes life is just tough. I have some support, and I have to accept that there are certain situations I can't control. The one thing that changed today is that I got a tiny bit of hope in at least one area of my life. My foot doctor hasn't given up on me yet. He really is awesome. I wish I weren't such a tough case for him, but he got me as a patient after the other doctor had already wrecked my foot. This possible good news does NOT mean I am revisiting dreams of racing or anything even close, but it does mean that I might be able to run with less pain. I'll know more in about a month and a half. In the meantime, all the foot exercises I'm doing have produced an impressive muscle that isn't quite providing stability but looks pretty fucking massive. It's huge. My left foot is ripped.


More good news; the fire in Boulder will most likely be contained by Saturday. The evacuation notices have been lifted. We still see plumes of smoke over here and smell the smoke, but the rain has definitely helped keep the fire from spreading. The fire fighters have been at it hard, and it's nice to see how grateful everyone is.


I forgot that the post was supposed to be about travel. Oh well, I needed to let go a bit and not be as directed.

I am longing to go on a vacation. I prefer traveling with a companion, but I have enjoyed a few solo trips too. My last trip was far too short. One of my favorite trips was to France, and it's calling me back.